You are here: Home

How accurate is it? 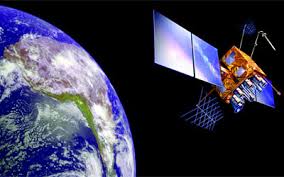 GPS receivers display speed and calculate the speed using algorithms in the Kálmán filter.   Most receivers compute speed by a combination of movement per unit time and computing the Doppler shift in the pseudo range signals from the satellites.   The speed is smoothed and not instantaneous speed.

GPS receivers typically calculate velocity by measuring the frequency shift (Doppler shift) of the GPS D-band carrier(s). Velocity accuracy can be scenario dependent, (multipath, obstructed sky view from the dash of a car, mountains, city canyons, bad HDOP) but 0.2 m/sec per axis (95%) is achievable for PPS and SPS velocity accuracy is the same as PPS when SA is off.

Velocity measured by a GPS is inherently 3 dimensions, but consumer GPS receivers only report 2D (horizontal) speed on their readout.  Garmin's specifications quote 0.16 km/h accuracy but due to signal degradation problems noted above, perhaps 0.8 km/h accuracy in typical automobile applications would be what you can count on.

The Kálmán filter is a mathematical method named after Rudolf E. Kálmán. Its purpose is to use measurements that are observed over time that contain noise (random variations) and other inaccuracies, and produce values that tend to be closer to the true values of the measurements and their associated calculated values. The Kálmán filter has many applications in technology, and is an essential part of the development of space and military technology.

The Kálmán filter produces estimates of the true values of measurements and their associated calculated values by predicting a value, estimating the uncertainty of the predicted value, and computing a weighted average of the predicted value and the measured value. The most weight is given to the value with the least uncertainty. The estimates produced by the method tend to be closer to the true values than the original measurements because the weighted average has a better estimated uncertainty than either of the values that went into the weighted average. 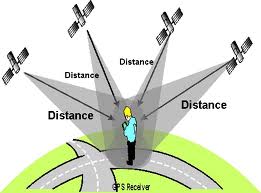 1. GPS signals can be affected by multipath issues, where the radio signals reflect off surrounding terrain; buildings, canyon walls, hard ground, etc. These delayed signals can cause inaccuracy

2. The satellite's atomic clocks experience noise and clock drift errors. The navigation message contains corrections for these errors and estimates of the accuracy of the atomic clock. However, they are based on observations and may not indicate the clock's current state. These problems tend to be very small, but may add up to a few meters (tens of feet) of inaccuracy.

4. In automotive GPS receivers, metallic features in windshields, such as defrosters or car window tinting films, can act as a Faraday cage, degrading reception inside the car.